PoolTogether V4 uses a statistical approach for prize distribution. It allows a virtually infinite number of prizes to be distributed in prize tiers.

The algorithm is called Tsunami as it brings a massive wave of prizes. 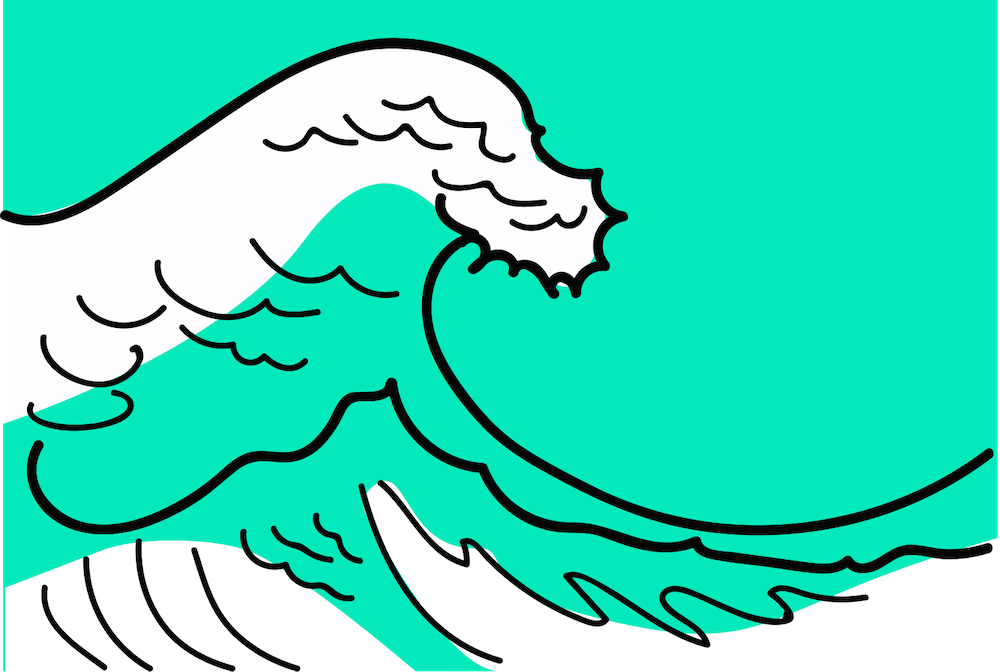 Prizes are distributed through weekly draws:

Each pick is compared to the winning number. How is this done exactly? By breaking each number down into an array of smaller numbers.

Let's stack them up side-by-side.

The "degree" of the match is the cardinality less the first N matching numbers.

In the above example the first three numbers match:

The degree of the match is used to determine what tier of prize they won. Tier 0 is the grand prize, Tier 1 is second place, etc.

Given the bit range and the cardinality for a prize distribution, we can calculate the total number of combinations:

For example, given the above cardinality of 8 and bit range of 4 we'd have:

We call the number of combinations the total picks.

We can compute a user's historic liquidity contribution using their Time-Weighted Average Balance.

If a user has 2000 picks for a draw, that means they are allowed to submit Pick 0 up until Pick 1999. Each's pick is pseudo-randomly generated using the user's address and the pick index.

For example, Pick 12 is equal to keccak(keccak(address), 12). The resulting 256 bit hash is used as a pseudo-random number.

For each degree, we must also calculate the number of combinations that will match that degree so that we can fairly split the portion among the winners.

For degree 0, which is to match all numbers, there will only be 1 combination. So in the above example a degree 0 pick will be awarded 40% of the total prize.

This gives us the general formula:

The prize for each degree must be split among these, so we have:

A user can claim the winnings for picks by submitting the winning pick indices to the Prize Distributor contract. The Prize Distributor contract will calculate their payout. However- there is a limit to the number of picks they can claim. This is both due to computational limitations as well as helping mitigate whales from scooping all the prizes. The whales have a higher chance of winning good picks, but cannot claim all of them.